You might be thinking what? Yes…! Who analyzed the market and invested the money correctly at the right time? They are all geniuses. Your way is the right way. But you are at the right time to start your business. Here I would like to share with you some trends of NFT Gaming.

This article covers the whole gaming concept. I hope you all like to play games. But most of the money and time we spend just playing games. Well, this time is worth it. If your game is completely based on NFT. Yes… Now the trendy concept that we make more money while playing games. So we kill two birds with one stone. … Yes, we play while we play, and at the same time we also get revenue.

Feel free to connect with our experts:

Hi guys. I don’t want to bore you guys. In this article, we’ll go deep into the matter for once.

The gaming industry is in the midst of a massive expansion, and the play-to-earn paradigm is opening up new opportunities for blockchain gaming.

If you’re familiar with the cryptocurrency space and regularly follow what’s going on in this ecosystem, you’ll remember the excitement surrounding Bitcoin’s (BTC) rise to over $63,000 in mid-April. The positive climate that crypto fans and enthusiasts are currently in is causing this excitement.

Many people say it’s the time of decentralized finance (DeFi), and I can’t argue with that because the facts are there for everyone to see.

DeFi-based non-fungible token (NFT) games are experiencing a resurgence, with tens of thousands of players using them every day. This raises the question: What is causing gamers and crypto fans to gather by the thousands and spend hours playing these games every day?

The answer is actually quite simple. It lies in the fact that these people not only enjoy playing the games, but also win prizes. Moreover, these incentives are not just for in-game use, but are often exchanged for fiat money and can be spent in the real world. The computer game industry is currently experiencing rapid expansion.

The industry is currently valued at about $170 billion, but is predicted to grow to $268 billion in the next five years.

Feel Free to Connect with our Experts:

I think game developers have found a good point with the play-to-earn model of gaming.

First of all, what is this all about?

Play-to-earn simply means that players and game enthusiasts gain control and ownership of in-game assets, as well as the ability to increase the value of those assets through active participation in the sport. By participating in the in-game economy, players in this economic model create value for the sport developers and other players. These assets include in-game resources such as game tools, weapons, and cryptocurrency, as well as other in-game assets that are tokenized on the blockchain and sold as NFTs.

This is often why the play-to-earn business model has been successful in blockchain game adoption.

The total revenue of the play-to-earn game Axie Infinity has reached $120 million in July. At the time of writing, the other ten apps on Token Terminal’s list reached about $41 million combined, while Axie Infinity raked in over $215 million.

What does it mean to be created like Axie Infinity?

When playing Axie Infinity, players acquire the native Small Love Potions (SLP) token. Players need these tokens to give birth to young Axies, which are charged by Axie. Axie also charges a 4.25 percent fee for buying and selling Axies on the site.

If participants want to keep their SLP tokens, they can sell them to other players on an open market.

Games to earn and developing countries:

It may sound unexpected and even amusing, but this is often the case: a typical gamer can earn around 4,500 SLP every month, which is about $1,200. That’s why people in countries like the Philippines and Vietnam quit their regular jobs to devote their time to Axie. It is a time-consuming and strategic sport. Players must not only carefully breed their Axies to develop certain skills, but also complete quests to gain energy that will allow them to play the game longer. However, it is worth noting that some workers in these countries consider this a sideline rather than a full-time job.

According to Axie, the site has around 350,000 daily active subscribers. That may seem absurd to some people, especially non-gamers, but the beauty of it is that it has helped many people overcome the financial difficulties created by the ongoing worldwide COVID -19 pandemic.

Splinterlands could be a blockchain-based card trading game where participants compete primarily for a limited number of Splinterlands’ own token Dark Energy Crystals (DEC) and rare NFTs. The sport, which debuted in 2020, has gained a sizable following. Game of Thrones fans will quickly fall in love with this game as it is set in a fantasy world with six powerful kingdoms fighting for control of Splinterland. A prophecy, similar to Game of Thrones, promises the arrival of a normal and more powerful enemy that will force the six kingdoms to join forces and fight for his or her survival.

Splinterlands features the use of in-game items and NFTs, and since it is created with a blockchain algorithm that prevents battle outcomes from being manipulated (not even the game’s designers can change it), it is considered one of the simplest games currently available.

The company has just completed a $3.6 million personal token sale, contributed to by industry leaders focused on the SPS token. Enjin, Polygon, Gate.io, Alpha Sigma Capital, and Blockchain Founders Fund, for example, were among the crypto funds and players that donated.

GamyFi is an e-sports gaming platform based on the Elrond Blockchain that encourages sports fans, gamers, and crypto enthusiasts to use their skills and knowledge on the platform. These players will receive exciting NFTs and in-game materials. The GamyFi platform uses blockchain technology to ensure that it is both fast and secure while remaining fair to all users. The GFX token is the platform’s in-game currency used to reward users and conduct transactions.

Fantasy sports: users can create their own fantasy sports team, and players can earn points based on how well they perform in real time. Soccer, baseball, cricket, and soccer are just a few of the fantasy sports available on GamyFi.

Lottery: GFX allows users to buy lottery tickets and team up with other players to hit the big jackpot.

NFT Marketplace and Games: Here GamyFi users can collect, play, buy and sell NFTs and games. GamyFi users can sync with real-time multiplayer games and custom rooms created with this feature. Members can compete against other GamyFi users or play with their friends.

Prediction Market: Here GamyFi users can predict the results of events, sports games, and elections. If their predictions are correct, they are added to the winner pool.

Step Hero is the first NFT fantasy role-playing game on the Polygon network, featuring extremely low fees and instant transactions, making it the right combination of DeFi and NFT gaming. The ecosystem allows its users to have fun with the sport and make profits at the same time. The plot revolves around a post-apocalyptic war between the heroes led by the archangel Gabriel and the army of shadows led by Lucifer, the demon lord. Players take on the role of the heroes and are tasked with fighting the bad guys in battles while boosting their energy by collecting in-game assets, earning money ( STEP coins) and upgrading their characters.

Step Hero also moves beyond the confines of the game with a robust community that helps players on the platform invest in activities that encourage them to make money from the sport.

Players can generate revenue in the following ways:

They can sell in-game assets such as homemade weapons, healing potions, and powerpulse potions on the marketplace for money.

Analysis of governance and staking concepts in the Play to Earn gaming platform:

CryptoBlades can be a game where users take on the role of fighters to fight monsters, raid, create unique weapons and trade their game assets on an open market. The SKILL token is awarded to CryptoBlades players based on their skill level and consistency. CryptoBlades is a game developed by Riveted Games that is very well designed to thwart bots. The marketplace lists high-value and low-value weapons, and the higher the value of a weapon, the more SKILL tokens players earn when they achieve victories.

At the time of writing, CryptoBlades has more than 300,000 active users and has led to more than 100 million transactions on the Binance smart chain in less than two months since launch – leading to a mass adoption of blockchain protocols unlike anything seen before.

Gambling to earn on the blockchain:

While digital gaming knows no borders, it all started in the Philippines, which has been hit hard by the global COVID -19 pandemic, with a GDP decline of 9.6% in 2020, the largest annual decline since data collection began in 1946. Blockchain-based gaming allows people to earn money while locked up at home.

The game has been backed by notable figures such as Binance, IGN, and Steam, and is also a beneficiary of Binance’s Most Valuable Builder program II.

In addition, the Cryptoblabes team boasts a fully decentralized system with over 50 developers and a GitHub open to player participation with huge bounties for finding bugs to improve the game.

Play-to-earn and thus the way forward for blockchain gaming:

The latest invention of the blockchain gaming industry is “play-to-earn” games. It will change the way users interact with the economies of their favorite games. It has ensured that the idea of an open economy is embraced and players who add value to the gaming world are monetarily rewarded. As a result, crypto markets have experienced a ripple effect, with a flood of people flocking to these games (regardless of how game-oriented they are) to play and make money.

As these games become investments for both large institutions and small investors, the markets are on the rise. This is DeFi season, and I expect that to continue for a while as more and more games gain attention and attendance. That has the potential to lead to more investment, which ultimately depends on the market. They would consciously participate in these games because the immediate future is green.

We are ready to develop your business to the next level. Are you ready? If yes, get a free quote from our experts.

We at Brugu, a leading blockchain development company, offer you NFT Play-to-Earn Gaming Platform development with fully customized solutions. We could be the best solution for your business needs. 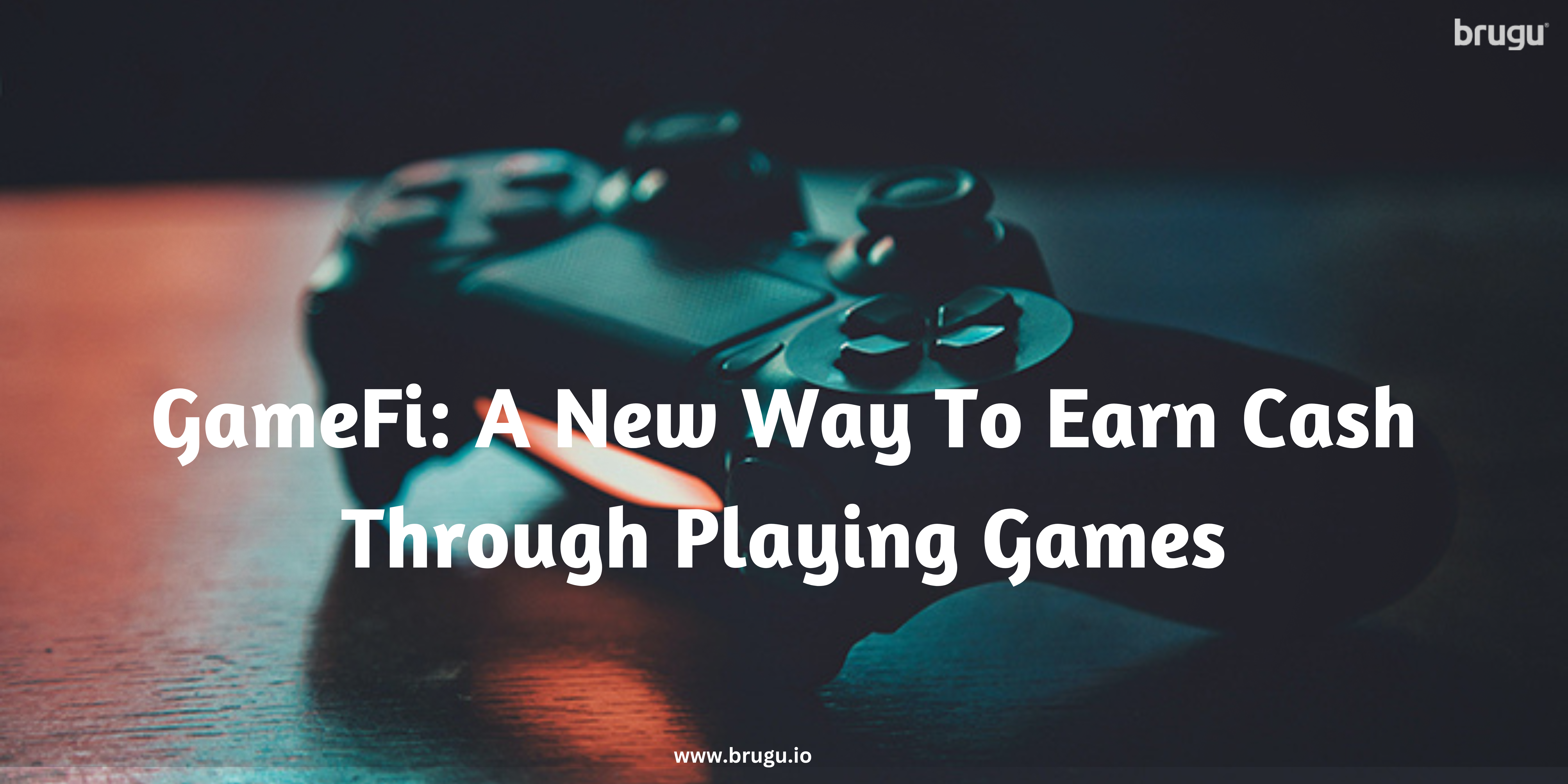 GameFi: A New Way To Earn Cash Through Playing Games 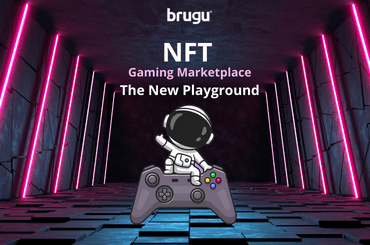 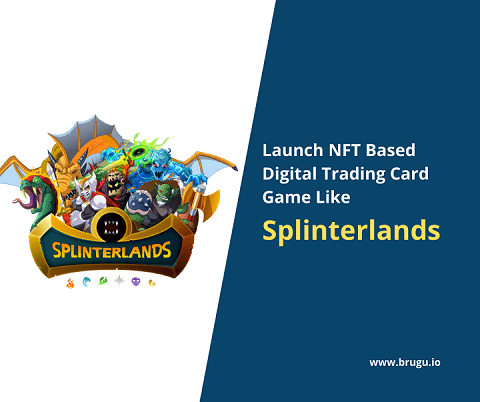 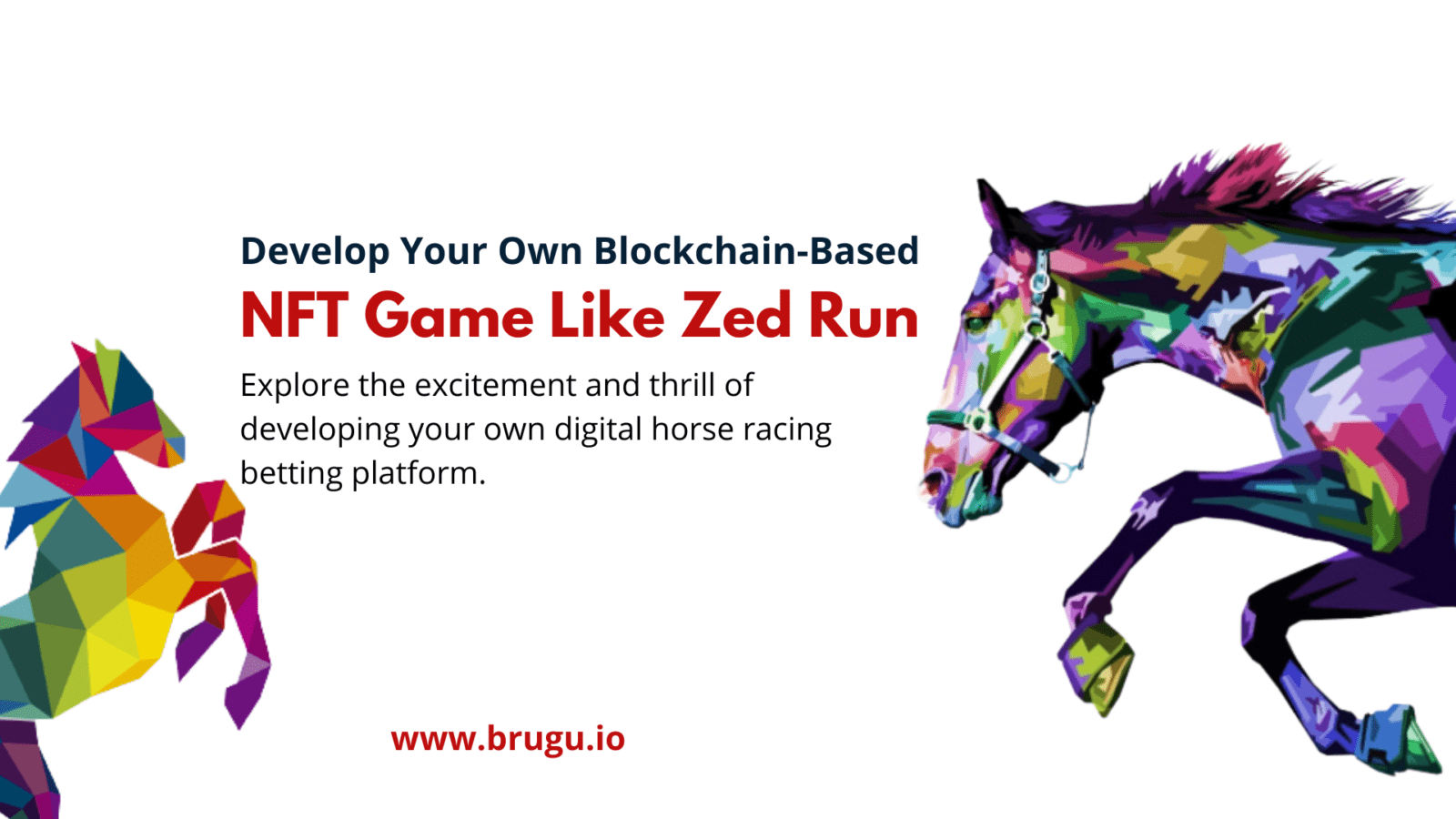