Develop your own NFT Platform Like Loot NFT Development

The Loot NFTs, which are just catalogs of imaginary fantasy adventuring goods, are now fetching upwards of $954,000 each.

If you thought last week’s surprise debut of Ethereum NFT project Loot indicated a lack of vision in the nascent crypto-collectibles field, you weren’t alone. It’s only a list of words on a basic black background, after all.

Dom Hofmann first released Loot, a collection of 8,000 unique bags of adventurer goods. Anyone could grab treasure bags for free when they were released, and all of them were claimed in under 4 hours. A piece for an adventurer’s chest, foot, hand, head, neck, ring, waist, and weapon are all included in each prize bag.

Each bag contains eight different goods, such as the “Short Sword of Skill” or the “Tome of Anger.”Oh, and the bags are NFTs with an image of white text on a black background. That’s it but loot introduces a new NFT primitive.

From the beginning, Loot has aimed for complete decentralization.

Why is loot special?

In a given Loot bag, all 8 items have smart contract readable parameters and each item has its own rarity within the broader Loot universe.

It’s merely a list of items—for example, a randomized bag of weapons and stuff from a fictional RPG loadout.

But now, through various initiatives, a community is beginning to build on that basis, and the NFT lists themselves are increasing in value. Even Vitalik Buterin, the co-founder of Ethereum, is a supporter.

NFT in loot- A picture of a list of text in this example.

What is loot and Why is it interesting?

People are excited about Loot because of what NFTs could be, not because of what they are. These NFTs were released and allowed the interpretation of anyone who found them interesting. Users can build something using Loot NFTs as a base.

For example, a deck of cards is just 52 pieces of paper with images on them but it’s the foundation for thousands of games, from Poker to Hearts, to Crazy 8’s.In the same way, Loot and its 8,000 NFTs can serve as the base of an entire gaming metaverse. Users who build something on top of Loot NFTs can determine the function served by a given item.

By creating the base of a game, Loot leaves its fate in the hands of a decentralized community. It’s an intriguing idea to many.

Each Loot NFT had no minting cost, only the transaction’s gas fee on the Ethereum network. A total of 8,000 NFTs were offered, and they were all claimed in a matter of hours. Thousands of people now possessed a randomized list of gear, which included everything from the “Holy Greaves of Giants” to the “‘Grim Shout’ Grave Wand of Skill” to the “Falchion of Reflection.”

“I believe the Loot philosophy is correct: pretty much anything created by anyone ‘exists.’ What matters is how far other people develop on it,” wrote Buterin. “There is absolute truth in the statement that once an object exists, the laws written into that thing constrain what you can do with it, but the question of which objects matter is resolved by much fuzzier forces.”

Everything is unique – All the Loot bags must be unique and it was entirely authenticated.

Highly Transparent- This Platform can hold a high level of transparency, as well as proprietorship records, which are permanent.

How do I value Loot bags?

It’s been said that “value is in the eye of the beholder.” There are no stated rarities defined for loot at launch. It’s entirely up to you how much a prize bag is worth.

Nonetheless, the community has begun to develop a variety of systems for determining the rarity of bags and their contents. Rarity by occurrence and item score are two examples.

When appraising a loot bag, remember to apply your best judgment.

Ready to develop a video gaming platform with Ethereum-based NFTs?

Building an NFT platform like Loot would be extremely profitable. It draws consumers from all over the world to your site, allowing them to purchase, sell, and discover unique digital products. You can immediately start building your NFT platform without any further customization with Loot Community’s main features as well as specific features for trade businesses. It’s the ideal script for launching the NFT platform straight away.

Why Choose Brugu to Develop your NFT platform like loot? 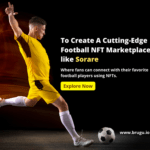 To Create A Cutting-Edge Football NFT Marketplace Like Sorare 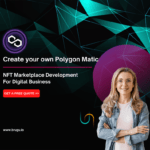 Create Your Own NFT Marketplace On Polygon

Launch your Own First NFT Token to Tokenize Your Desired Collectibles 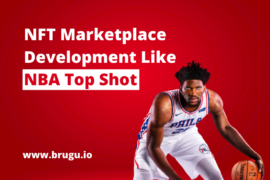 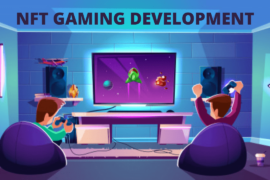 What is NFT in Gaming? Small Brief of Blockchain Game Market 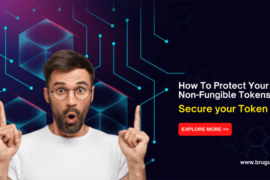 How To Protect Your Non-Fungible Tokens? | Brugu Software Solutions